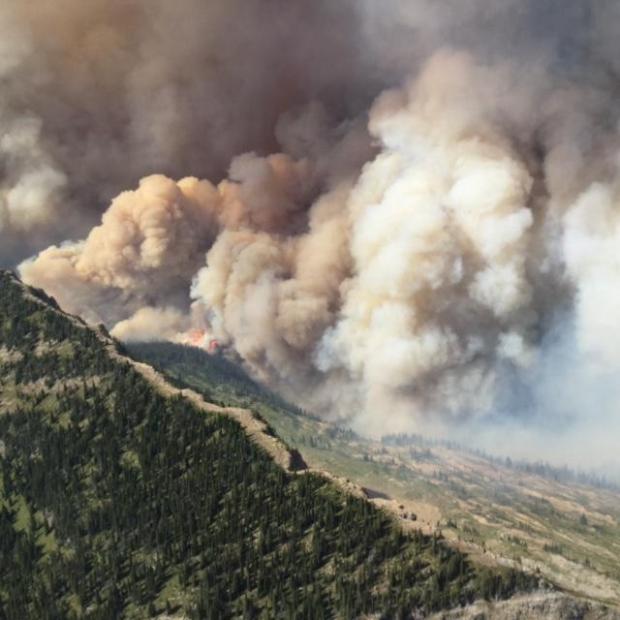 For the first time in two years, the National Fire Preparedness Level has been raised to level 5 today. With large thunderstorms moving across the western U.S. in recent days with little to no moisture, hundreds of new fires have broken out, resulting in a major commitment of fire resources nation-wide. PL-5 will allow wildfire managers to ask for further military assistance and international resources as normal resources continue to stretch thin.

Preparedness Level 5 is defined by the National Multi-Agency Coordinating Group (NMAC) as a situation when geographic areas are experiencing major incidents which have the potential to exhaust all agency fire resources. 80 percent of Type 1 and 2 IMTs and crews are committed nation-wide, as well as the majority of other national resources. “A significant amount of initial and extended attack and large fire activity has occurred over the past several days as a result of lightning storms that have intensified local and geographic response,” said Aitor Bidaburu, Chair of NMAC, in a report released by the group today. 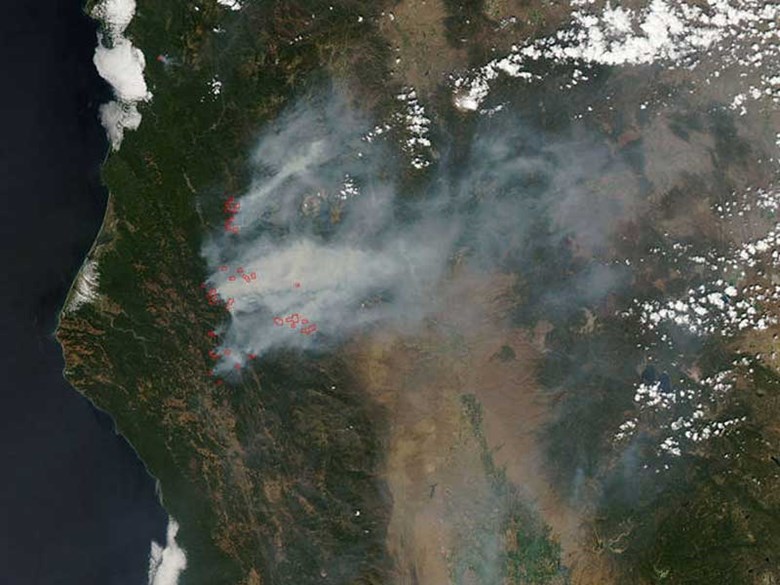 Fires in Northern California as seen from the International Space Station.

Just yesterday, the Forest Service responded to over 100 new fires across the country, with more than 2,800 acres burning in the last 24 hours.

The NMAC report also cites that, to date this year, 39,254 wildfires have burned over 6 million acres in the United States. The current fire forecast also predicts above average temperatures and below normal precipitation going into the fall, meaning that fire season in the U.S. is far from over.

The report can be downloaded in full here.