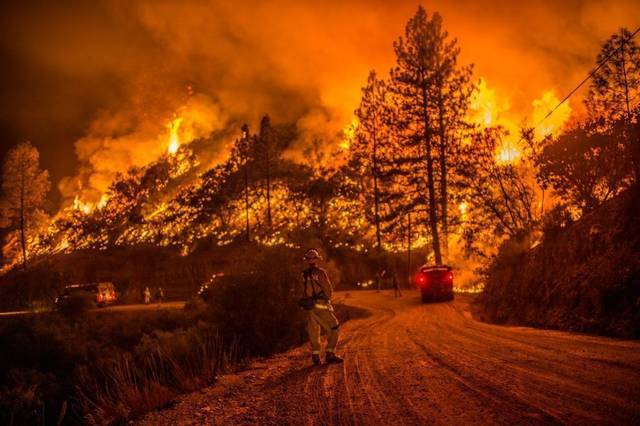 Firefighters in Northern California are once again battling massive fires, but this time, the blazes have burned with an intensity and pace unlike anything many veterans have ever seen.

Southeast of the city of Sacramento, the Butte fire has burned over 71,000 acres since igniting on September 9th, destroying 135 residential homes to date and causing the evacuation of at least 10,000 people. Over 4,000 firefighters are currently assigned to the blaze, which is now 35% contained and demonstrating moderate behavior.

Meanwhile, the Valley Fire has burned upwards of 62,000 acres in just two days north of Santa Rosa. 400 structures have been destroyed, 13,000 residents have been displaced, and one death has been confirmed so far. 72 year-old Barbara McWilliams died when the fire reached her home in Middletown. A retired teacher, McWilliams was disabled and had notified authorities that she needed help, but the fire moved too swiftly for the already overwhelmed emergency services in the area and responders were unable to reach her home in time. 1,448 firefighters are on site, where the Valley Fire sits at 10% containment while still displaying very active fire behavior. 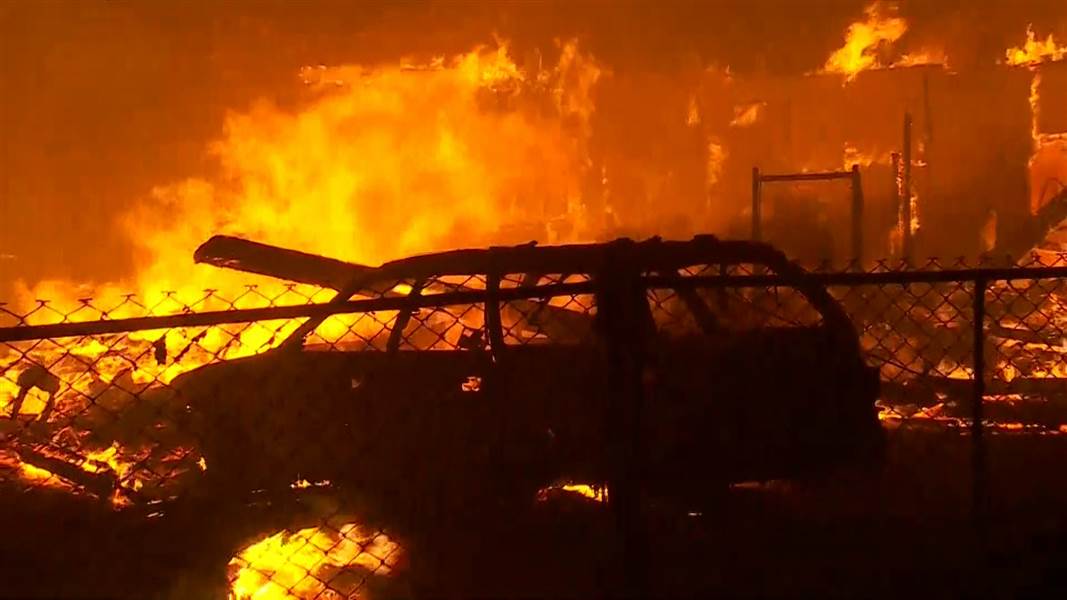 California’s recent drought and a week of triple-digit temperatures has made battling both of these blazes particularly difficult, with critical fuel moisture levels resulting in intense, swift fire fronts that are nearly impossible for firefighters to stop. Forestry officials in California are noting record rates of spread- flames that are moving so fast firefighters have had to resort to evacuating residents themselves, rather than wait for everyone to be notified of the official order. Burned over vehicles near the Valley and Butte fires tell a similar story of people having to flee so quickly, that leaving their vehicles behind when traffic jams developed and running away on foot was the only way out.

To date, California has dealt with 6,000 wildfires this year, an above average number that shows the grim reality of a year that began with the lowest snow pack in the state’s history. There is some relief in the forecast, however, as a cool system with expected precipitation moves through northern California on Tuesday, hopefully allowing fire personnel to establish much-needed footholds on these deadly, destructive incidents.

Up to date information on these fires can be found via Cal Fire and their Facebook page.