Fires in Washington State, as seen from the International Space Station. Photo via Kjell Lindgren/NASA.

The National Interagency Fire Center (NIFC) is now mobilizing firefighters from Australia and New Zealand to assist with wildfire suppression efforts in the western United States.

Last mobilized in 2008, Australia and New Zealand firefighters have a long history of working with American firefighters in years when fire activity is the most severe. In 2006, 120 firefighters from both countries came to the U.S. to assist, with other key years being 2000, 2002, 2003, and 2008. U.S. firefighters have also traveled to Australia to aid their firefighters during devastating seasons, the last of which was in 2010.

“We are very appreciative of the Australian and New Zealand firefighters for their availability to assist us with our current fire situation,” said Aitor Bidaburu, Chair of NMAC. The National Preparedness Level remains at 5, the highest level, and is expected to stay that way for at least the next few weeks. As a result, the National Multi-Agency Coordinating Group (NMAC), an agency consisting of top fire managers representing various firefighting resources, has requested 71 fire managers and specialists from Australia and New Zealand. The group is expected to arrive in Boise early next week, where they will receive an update on current fire conditions and fire behavior before being assigned to the large fires burning throughout the nation.

“Because of the current level of commitment and forecast, having fire management expertise from Australian and New Zealand firefighters will be of tremendous help as we continue suppressing ongoing fires,” Bidaburu said. In addition to the Australia and New Zealand group, Canadian resources are currently assigned to fires in both Montana and Idaho. A 16 member fire crew from American Samoa has also been assigned to northern California to assist in wildfire efforts. The crew consists of five veteran firefighters and 11 rookies. 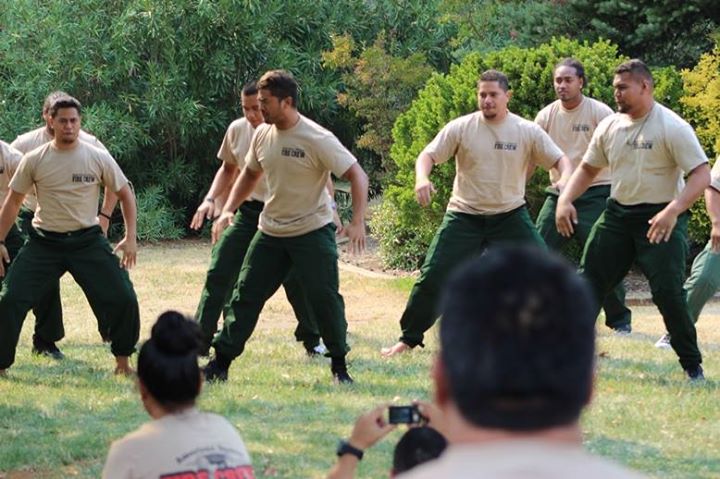 The official NIFC press release on the Australian and New Zealand mobilization can be found here.