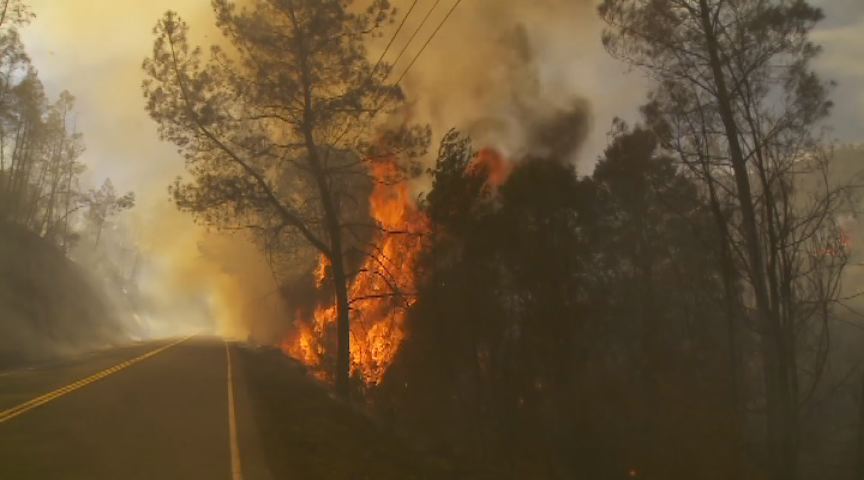 The Monticello wildfire that broke out on Friday near Lake Berryessa in California’s Solano and Yolo counties has grown to over 6,000 acres, with 1,488 of those acres having burned in the last 24 hours. The fire was threatening homes in a nearby neighborhood, but that threat dissolved late Sunday and authorities have lifted evacuation orders for the moment.

Unusually dry conditions and rising temperatures have left firefighters struggling with the blaze, which was only 35 percent contained as of Monday morning. The fire also began in an area of thick brush that has not burned for at least twenty years, authorities said.

“You usually don’t see [these conditions] until August or September,” Cal Fire Spokesman Kevin Lucero said, “Seeing it in July is very troublesome.”

Temperatures are expected to reach over 100 degrees in the coming days, and over 1,000 firefighters are currently working to contain the fire. More information can be found here.